All day long I think about writing 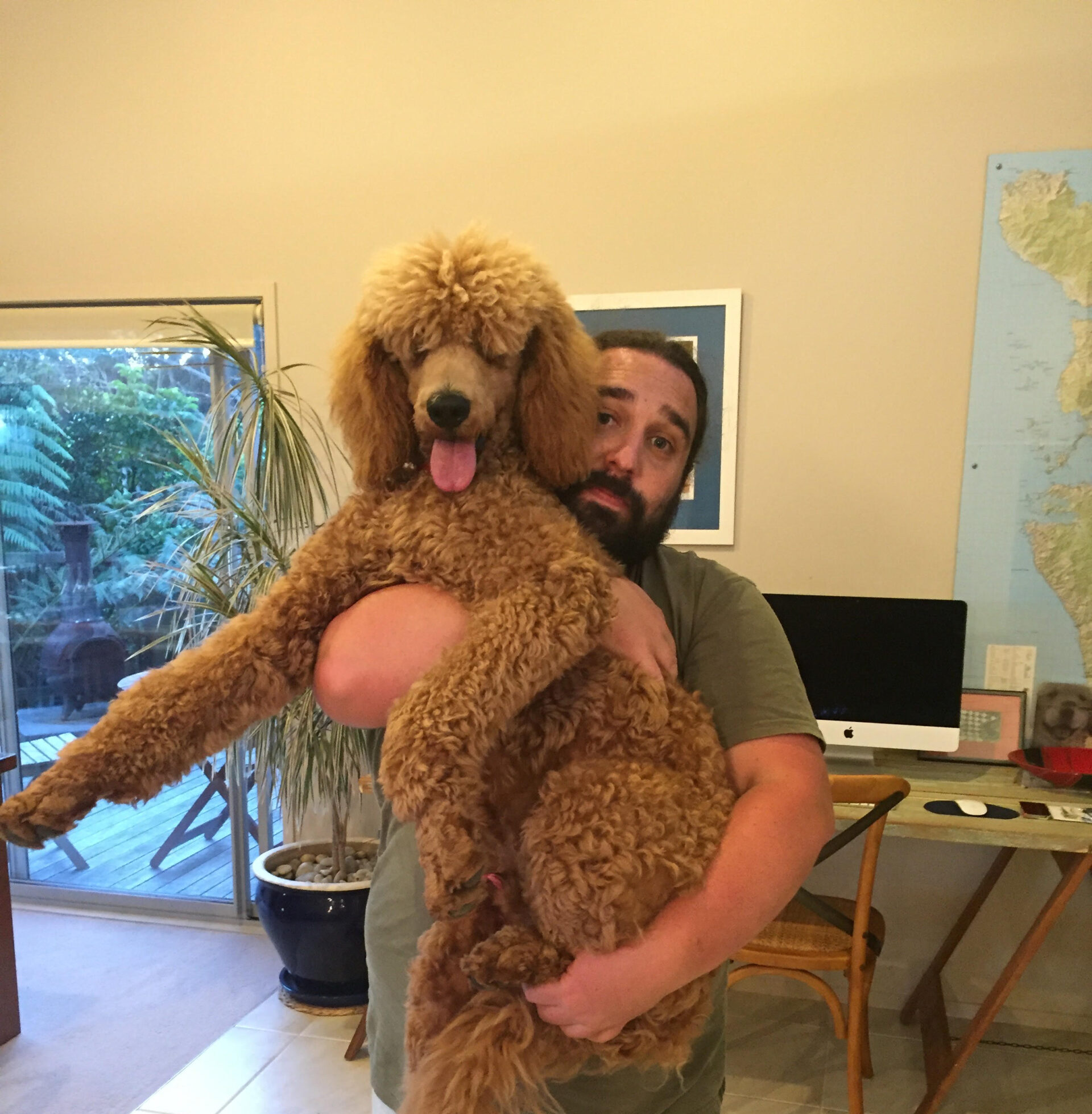 Over the next six months, I’ll be working with the singular James George on a manuscript currently called (the title is still up for debate) ‘King’s Crossing: A novel’. KC is a manuscript I’ve been working on in flurries now, going back as far as 2014. In 2018, as part of my Master of Professional Writing degree, I spent a year working on it as my Creative Writing Thesis.

In my first ever thesis workshop, the incomparable Tracey Slaughter asked what I loved about writing. It was a question I hadn’t ever considered before.

‘That’s like asking me what I love about breathing air,’ I stammered in a moment of rare off-the-cuff eloquence.

Writing has always been a part of my life, and for the last five years has been its central focus. Since graduating as a Master of Professional Writing (First Class Honours) in 2020, I have somehow managed to eke out a precarious but satisfying career as a full-time professional writer.

I’m extremely excited to pick back up KC, which had been sitting idle since the end of 2019.

Under James’s guidance and with all of the new skills and habits I’ve learned since then, I hope to turn what is a good manuscript that I’m very proud of into something even better.

‘King’s Crossing: A novel’ is at its heart a story about healing and self-acceptance. About a brittle and lonely young man learning to love himself and others. All under the guise of contemporary fantasy, with all the meticulous world-building, lush descriptions and thrilling set-pieces you would expect from the genre.

It is a daunting prospect, but thankfully I’ve had five years to sift through the masses of conflicting advice and supposed rules of writing and publishing to figure out what works for me.

In each of these blogs, I plan on unpacking some of what I’ve learned so I can pass that knowledge on to you.

Rule: The only way to be a writer is to write every day

J.’s take: Writing every day doesn’t mean what you think it means

Enough to put off all but the most dedicated, because it’s not art if you’re not suffering!

I genuinely enjoy the act of writing, because while putting words onto a page can be gruelling, that’s only one aspect of it.

What truly got me writing every day was getting a dog. 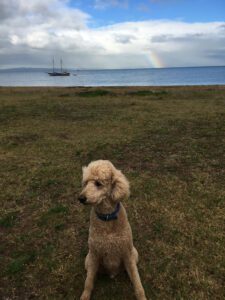 This is Mars. He is a red/apricot standard poodle (they are hypoallergenic and don’t shed their fur). Like his owner, he is anxious and simultaneously too smart for his own good and capable of extreme stupidity. I love him more than almost anything else in the universe.

But other than love, what he gave me was routine and discipline.

He demands attention. He can’t be ignored, and he needs his walk before 8am.

I try to walk Mars for at least an hour every day. Once I start to wake up and my brain begins ticking over, my characters and storylines begin their jostle for attention.

While walking, I puzzle out plot points. I feel for chemistry and shifts in power between characters. I tuck away fun turns of phrase, descriptors I’ve been practicing. I hum songs that characters have stuck in their heads.

Mars mostly checks his social media, reading his friends’ messages with his nose and leaving commentary of his own.

This is how I write every day.

It wasn’t until I was away from my beloved dog for three months that I realised how important that hour(ish) of relatively uninterrupted thinking was.

No, don’t spend REDACTED dollars on a poodle right now.

Try giving yourself some time away from the horror of a blinking cursor on a blank page, the sight of which is enough to make the best of us seize up at times.

Find your equivalent of walking Mars and protect it with the same ferocity you would sitting and typing.

At 9pm on Saturday night, I realised I had copied down a deadline incorrectly, and The Surrey Hotel Writers Residency application that I hadn’t ‘written’ a word of was due in three hours.

I panicked until I didn’t. I remembered that I had been quietly figuring out the details of my application for weeks. Each day I had refined it bit by bit when it floated to the surface of my walking thoughts.

So I calmed myself down, opened a document, and smashed out the physical act of writing the application in less than an hour. The cute way to say it would be ‘lol, I spent less than an hour on that application’, which is only true in the most literal sense.

You’re still writing every day, even if your word count hasn’t changed.

Thinking about writing is writing.

That isn’t to say there aren’t times where you just DO need to chain yourself to your writing utensil and get words on the page. I’ll talk about how to approach that problem next time.

And how well did my application go over?

Very well as it turns out, thanks.